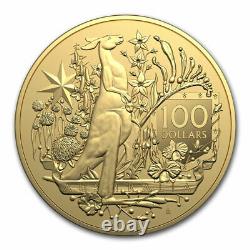 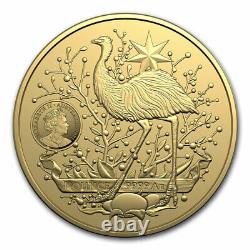 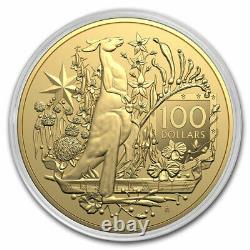 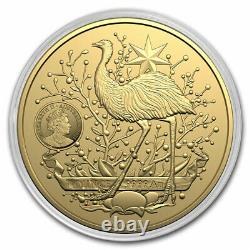 Photos in this listing may or may not be stock photos. The photos are meant to be an indication of the product you will receive. Each coin comes in an individual capsule. Obverse: Features an emu protecting its unhatches eggs against a backdrop of wattle that is yet to blossom, and also includes an effigy of Queen Elizabeth II and the Commonwealth Star with six points representing Australia's six states, and the seventh point representing Australia's territories.

Reverse: Features the Commonwealth Star and a kangaroo with a joey in its pouch, against a backdrop of vegetation comprising each state and territory's floral emblem. The Royal Australian Mint has released the Australia Coat of Arms bullion series in 1 ounce of. 9999 fine Gold, with an intricate design symbolizing the country's history.

The Mint was first opened in 1965, and the first mint of the country to not be a branch of the Royal Mint. Before Royal Australian Mint was formed, coins for the country were struck at various branches of the Royal Mint - the Sydney Mint, Melbourne Mint, and The Perth Mint. 1,359 Item as described. Rec'd item, looking forward to doing business with again.