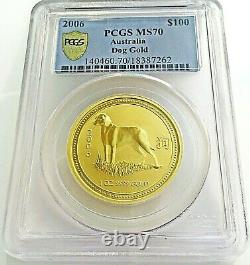 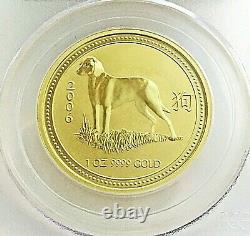 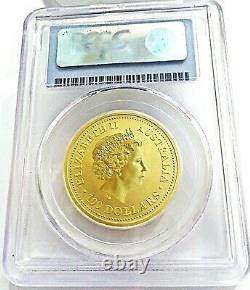 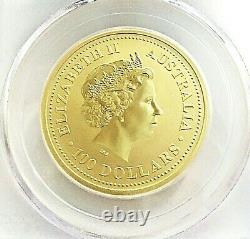 The Lunar Series Coins have been subject to specific maximum mintages, thus making them in more demand and creating a premium for many of those coins. The dog was the 11th year of mintage in the Australian Lunar Gold series. AGW: 1.0000 Oz Diameter: 32 mm. Obverse: Crowned Head of Elizabeth II, right, Denomination below.

Subject: Year of the Dog. Since coin grading is subjective, we provided images of the actual coin that you'll receive, to assist you with your own evaluation and grading. We do not guarantee any grade. Ing more US Rare, Modern, Silver and Gold.